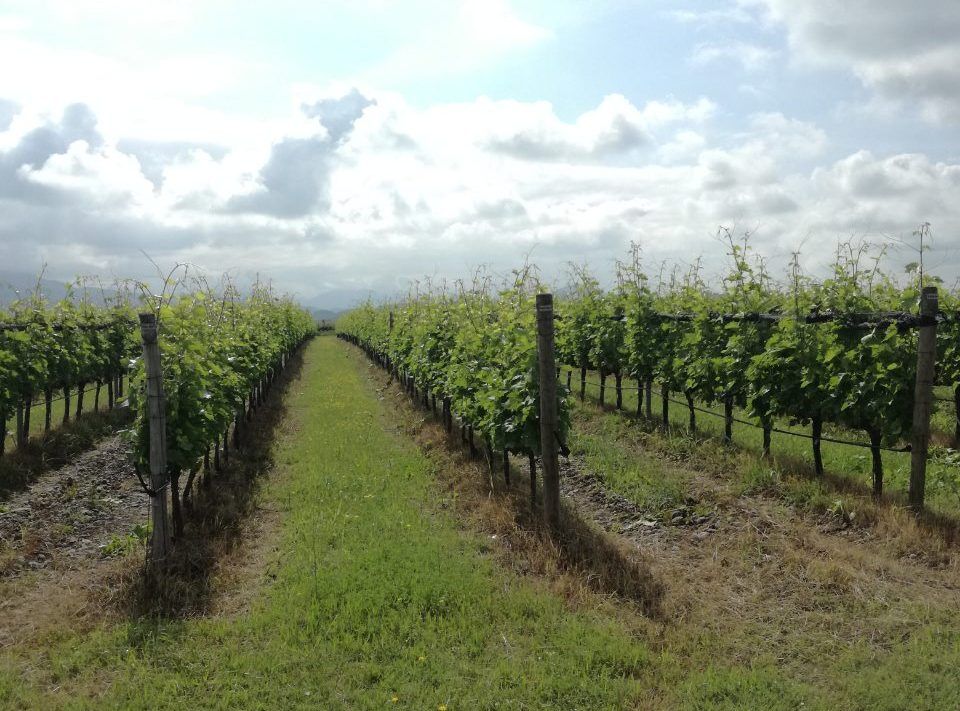 Lifecycle of the Grapevine

You have probably heard of the saying ‘The great wine is made in the vineyard’. All winemakers will agree that it is true. Great wines have been made of good grapes! In the following text we will show the life cycle of the grapevines and consider the influence of the seasons on its growth.

During its life, the grapevine passes through a big or life cycle and each year, a small or annual, biological cycle.

It is In the dormancy period of the grapevine (from the moment of leaves falling until the  start of the vegetation) that one of the most important and most difficult agro-technical operations in the vineyard –winter pruning-is done. This operation can be performed only with lots of skills and love. This operation provides the formation and keeping of the tree form ( grapevine training),regulation and and establishing of the correct ratio between the vegetative development (of shoots and leaves), amount of yield and quality of the grapes.

Depending on the selection of the fruit bearing parts that would remain by the winter pruning, the pruning may be: short (spurs are left only), long (canes) or mixed (mox of the spurs and cane shoots).

In spring, the critical (key) moment occurs: start of bursting of the eyes and buds.

Within 10 days from bursting of the eyes, shoots with the leaves, tendrilsand blooms start to develop.The  buds and the burst shoots are very tender and sensitive and it is not unusual that the spring frost may destroy the buds and reduce the annual yield, sometimes even for 100%,in such a way.

Upon bursting of the shoots in early spring, they proceed with its growth- shoot development. Some viticulturists remove excessive shoots and shoots, burst downwards (suckering) as well as shoot positioning between wires in order to provide regular – upright growth of shoots and aerated trellis.

Early summer is the time when the largest part of leaf mass is formed. If the grapevine avoids severe rains and winds, upon the completed flowering and fertility, the berries have been formed and they continue their growth.

Upon complete formation of the clusters, one part of green clusters may be removed in order to define the amount of yield and reach the grapes of better quality.

By the mid to the end of summer, the green berries start to change the colour and ripen. The varieties with the coloured skin show the typical colour for this variety (blue-red, rose…)and the white varieties become pale green or pale yellow. Softening of the berries and sugar accumulation start within that period.

Determination of the optimal moment of the harvest is the key moment, ie moment when the optimal technological and phenolic maturity of grapes is determined. Since the moment of the start of the harvest, viticulturists work day and night in order to bring the best grapes for the certain wine category. From flowering to harvest period which is done in August for early white wine grape varieties and in September for red grape varieties, the period of cc 100 days passes.

In autumn, depending on what the year was, some producers, among whom Plantaže, leave several clusters on the vine for the wine production of the ‘late harvest’. By leaving the grapes on the vine, drying of the berries and concentration of higher content of sugar occur. Later, during winemaking, in the stage of processing such grapes , sweet or dessert wines are made.

In this period, when the days grow shorter and there is less sunshine, the grapevine produces less chlorophyll and the nutrition of it stops. Chlorophyle withdraws from the elaves, so the other colours such as: brown, yellow, red start to be expressed. By the chlorophyll reduction in the leaves , the reduction and interruption of the nutrients through leaves occur and it begins to fall.

By falling of the leaves, the vine enters the period of winter dormancy that lasts by the beginning of phenophase of sap.